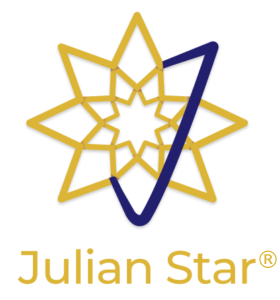 The Julian Star® is the most distinguished service award in the global hospitality industry. The award is issued by the International Hospitality Institute (IHI).

The Julian Star® (also known as the “J Star”) recognizes hospitality establishments and practitioners that are delivering differentiated, and discerning service to their customers. IHI believes that customer service, at its best, should be intuitive, emotive, and imaginative.

The Julian Star® is named after Saint Julian, the patron saint of hospitality. Winners of the Julian Star® will exemplify the spirit of compassion and humility in their dealings with customers, and a servant leadership approach in their interactions with co-workers. Unlike some industry awards which focus on the amenities, luxury level, and location offered by hospitality establishments, the Julian Star® rates only the quality of customer service delivered by hospitality establishments and the customer service competency of practitioners.

What Type Of Establishments Are Eligible?

Establishments will be judged in the following areas:
*Overall service personality of the establishment
* Quality of service interaction
* Responsiveness of staff
* Compassionate and service-orientation of staff
* Friendliness of staff
* Problem resolution and follow-up.

In some instances, an IHI or AHI representative may visit the establishment to conduct direct observation of how customer service is delivered to customers.

Which Individuals or Hospitality Companies?

Individuals will be judged in the following areas:
* Overall service personality
* Documented examples of exceptional customer service
* Customer narratives
* Team member and/or supervisor feedback
* Problem resolution skills.
Shortlisted nominees may be invited to participate in a video interview or respond to a questionnaire.

The Julian Star® Award for restaurants follows the same general guidelines as the award for other hospitality entities, however, the J Star for restaurants will emphasize site visits. More often than not, anonymous reviewers from IHI will visit the restaurant and create a detailed report about their customer service experience. The report will be shared with IHI’s full review committee, after which a decision will be made whether the restaurant has earned the Julian Star® or not.

Reviewers Will Not Rate:

Our judges are highly accomplished veterans of the hospitality industry. To protect them from the behind-the-scenes lobbyingand pandering that typically accompanies coveted awards such as the Julian Star®, the judges’ names will be kept confidential.

Open call-to-entry starts in October of each year. Nominations are open to hospitality establishments and hospitality practitioners employed in the United States and other countries. There is no fee to apply. While IHI will solicit sponsorship from corporations, vendors, and individuals, IHI’s award decisions are not influenced by sponsors. There is no self-nomination process; nominees must be nominated by another hospitality professional. Individuals and companies can request a nomination form by sending an email to  info@internationalhospitalityinstitute.com.

The awards review committee will meet to create a longlist from the list of nominees. After an extensive review of nominees, committee members will reconvene to whittle the longlist to a shortlist from which the Julian Star® winners will be selected.

If you or your establishment are interested in being considered for a Julian Star® award, contact us by email at info@internationalhospitalityinstitute.com to request additional information on how to apply.

Establishments that express interest in being considered for the Julian Star® must agree to waive lodging and dining charges for the IHI or AHI representative who visits the establishment, in the event that an on-site visit is required.